NAPs ‘challenges and opportunities’ : The view from Jamaica

THE second annual National Adaptation Plan (NAP) Expo kicked off in Bonn, Germany today, with civil society and other stakeholders gathered to share experience and lessons learnt in order to benefit their respective countries. 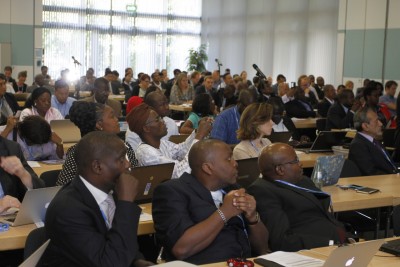 The meeting comes even as climate change presents a clear and present danger, particularly for developing and least developed countries, which are counted among those most vulnerable to the troubling phenomena — making adaptation vitally important.

Climate change threatens extreme weather events, such as hurricanes and droughts — the ill effects of which Jamaica has been given a bitter taste in recent months, given less than normal rainfall and the resulting water lock-offs.

It also heralds warmer global temperatures — the stress of which Jamaicans, as others in the Caribbean, have had to contend with daily — in addition to rising sea levels and the associated negative implications for sectors such as agriculture and fisheries as well as tourism.

Focus on National Adaptation Plans
The reality of climate change has, therefore, given rise to National Adaptation Programmes of Action for Least Developing Countries (LDCs) and now NAPs, which developing countries have been invited to undertake. This is as the discourse on climate change has continued to shift, lending urgency to adaptation while also giving it as much, if not more importance in some quarters, as mitigation.

The NAPs are intended to “reduce vulnerability to the impacts of climate change by building capacity and resilience” over the medium to long term and “facilitate the integration of climate change adaptation in a coherent manner, into the relevant new and existing policies, programmes and activities in particular development planning processes and strategies, within all relevant sectors and at different levels as appropriate”.

Meanwhile, included among the stakeholders at the meeting were members of the Adaptation Fund NGO Network, an initiative of Germanwatch, and to which Jamaica’s own Panos Caribbean is a member.

The event, which is being held under the theme ‘Catalysing actions and support for the NAP process’, has brought together some 200-plus participants from in and outside of Least Developed Countries, from government and civil society.

Dynamic discussion on NAPs
Among some of the key messages from the day’s event — reflected in the presentations from a variety of speakers during plenary — are:

Opportunities for sharing and discussion
The day also offered a chance at one-on-one interaction and focused discussion on “Experiences, key lessons learnt and gaps and needs as countries embark on the NAP process”; “Multiple stakeholder dialogue: Effective institutional arrangements for NAP formulation and implementation”; and “session on framing adaptation plans: The pros and cons of integrated sectoral, regional approaches”.

There was, too, a session on “Science policy interaction aiming for effective decision making: Where do we stand and what is needed?”

Petre Williams-Raynor is a Jamaican author and journalist with an interest in all human development issues. Follow Petre on her blog.