How are the world’s poorest preparing for climate change?

Climate vulnerable countries need to develop plans to deal with future weather extremes. Many LDCS are now working on national adaptation plans to help them cope.
By Saleemul Huq 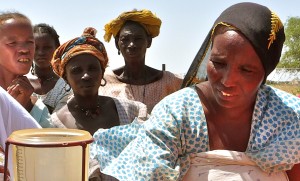 For the last decade or so, we have known that human induced climate change will bring adverse impacts around the world.This is likely to hit the poorest countries and communities hardest. Their adaptive capacity is lowest, but some countries have been moving ahead on first planning and then implementing adaptation actions around the world.

The countries that have done this the longest are the group of nearly 50 Least Developed Countries (LDCs) who were the first set of countries to carry out their National Adaptation Programmes of Action (NAPAs) over the last decade and have also started implementing many of the activities identified in their respective NAPAs.

NAPAs to NAPs:
The NAPAS were meant to identify a set of most “urgent and immediate” adaptation projects based on a cursory assessment of vulnerability in different sectors of the economy and different parts of the country. This was meant to produce a set of prioritized and fundable adaptation projects that would then be funded from the LDC Fund.

The countries realized very soon that tackling the adverse impacts of climate change in the longer term will need a much more strategic development approach rather than a piece meal project-by-project approach.

Learning from mistakes:
A second lesson was that as adaptation to climate change was something new and uncharted, mistakes were bound to happen and must be learned from, and not simply brushed under the carpet.
Thus countries were asked to share their shortcomings and mistakes in an open and frank manner. One such lesson was the failure to include lesson-learning in the design of the NAPAs, thus missing an opportunity to make it a more robust learning process.

Hardwiring learning:
Thus in the NAPs there is an active learning process which requires allocation of both budgets as well as skills to do the evidence gathering and analysis in parallel to activities.
Thus the “learners” need to have dedicated people who are different from the “doers” and together the doers and learners will co-produce the next generation of knowledge on what constitutes effective adaptation.

One indicator of this is to move away from the Ministry of Environment being the primary government institution involved (although they still have a major technical role to play) to the Ministries of Planning and Finance who decide on major investments in infrastructure where climate change adaptation (as well as mitigation) needs to be taken into account.
The NAPs are very much aimed at ensuring that such mainstreaming takes place over time.

Ensuring participation:
The previous generation of adaptation planning had attempted to engage with a wide range of stakeholders, including civil society, but with limited success. In some cases such consultations were deemed to have been very perfunctory and not really engaging with the key stakeholders.

Thus the next generation of NAPs will need to take such consultation and participatory inputs into NAPs much more seriously. Fortunately civil society is now also much more aware and able to engage more effectively with the government as it prepares the NAPs.

Most vulnerable:
One of the normative principles that need to be adopted is to prioritize the needs of the most vulnerable countries (such as the LDCs) at the global level, and communities within each country.
The community of practice on Community Based Adaptation (CBA) at its recently held 8th International conference on CBA came out with the Kathmandu Declaration which demands that at least 50% of global funding for climate change goes to the poorest and most vulnerable countries while in each country at least 50% of the funding for adaptation is directed to the most vulnerable communities in the country and that this be reported on in their respective NAPs.

Not just LDCs:
In conclusion, one of the major differences between the previous generation and next generation of adaptation activities, is the realization that it is not only the LDCS who need to do so.
Even other bigger developing countries as well as indeed the richest countries will all have to develop adaptation plans and actions as no country will be safe from the adverse impacts of climate change.
However, as the LDCS have been doing it for longer and have gained valuable experiences that they can share, they can indeed become leaders in showing the rest of the world, how to adapt to the adverse impacts of climate change.

The presence of a significant number of people from other developing countries, as well as developed countries, at NAP Expo underlined that this sharing of knowledge is already happening.