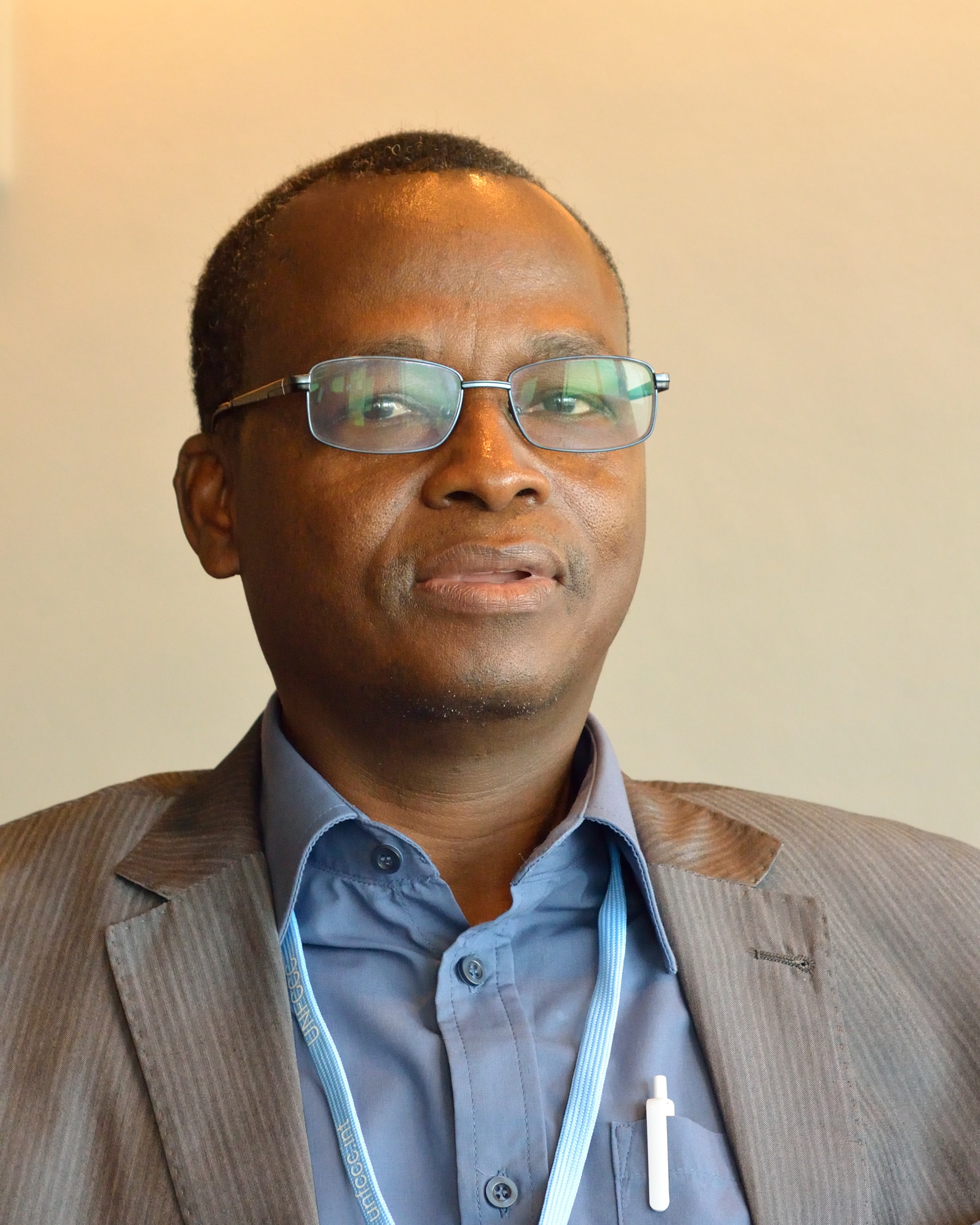 Ibila Djibril is a LEG member since December 2007 and vice-chair of this Group. He is a Senior Technical Officer of Benin’s Ministry in charge of environment, since October 1999. Very active and engaged, he has been since 2005, successively Desk Officer for Environmental Legislation and Regulations, Desk Officer for Regulations, Environmental Norms and Standards, Director of Pollution Prevention and Management of Environmental Risks, Technical Advisor in Environment of the Minister of Environment, Housing and Town Planning and since January 2014, General Director of Climate Change Management in the new Ministry of Environment in charge of Climate Change Management, Reforestation and Natural and Forestry Resources.

He was Benin’s UNFCC Deputy Focal Point in 1999 and became Benin’s UNFCCC Focal Point in June 2006. Since this date, he is Benin’s lead negotiator on climate change. He represented the African Group on negotiations on the amendment of the Kyoto Protocol. More recently, he has been actively involved in negotiations on matters relating to LDCs, NAP and Loss and Damage.

He has extensive experience in both adaptation and mitigation activities. He lead the preparation of the Second National Communication on Climate Change activities (2008-2011), the preparation and implementation of NAPA and is now in charge of the formulation of Benin’s NAP process. Since 2005, he is also Benin DNA for CDM.

He has spoken often at national and international levels on climate change on behalf of Benin or on behalf of the LEG.

He completed a Master’s in Environmental Management at the Senghor University (Alexandria, Egypt) in May 1999. He also holds a Master’s Degree in Business Law and Taxation of the National University of Benin.