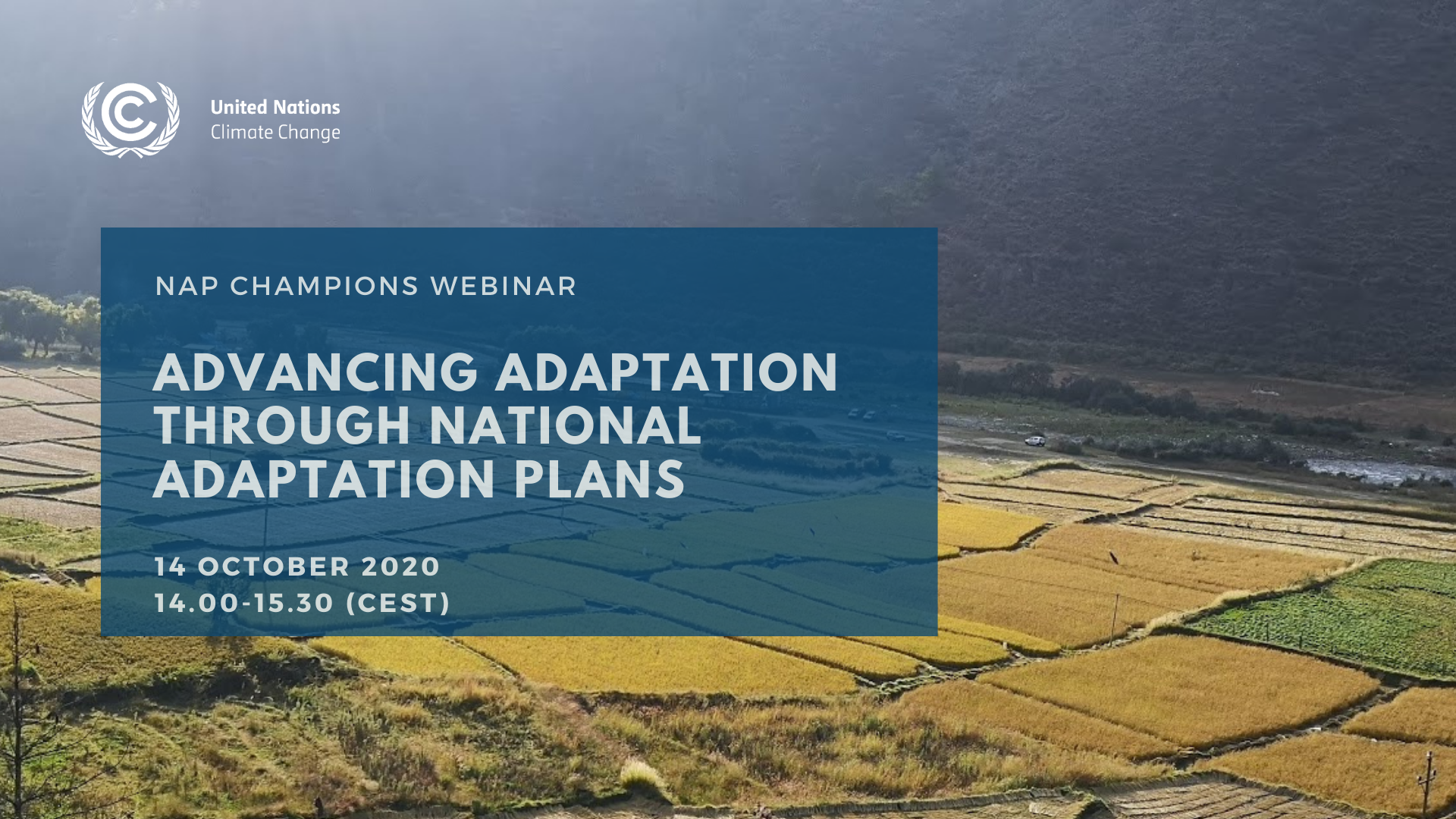 UN Climate Change News, 20 October 2020 – The UNFCCC secretariat held the second NAP Champions webinar of this year on 14 October on how to enhance climate risk management through the formulation and implementation of National Adaptation Plans (NAPs).

As the world is experiencing increasingly frequent extreme weather events and other climate change impacts, countries and communities need to develop adaptation solutions and implement actions urgently to respond to the effects of climate change that are already happening, as well as prepare for future impacts.

The webinar started with a focus on the need for a robust plan to ensure demonstrable progress in adaptation in the next decade. NAP Champion Ms. Loren Legarda, Deputy Speaker of the House of Representatives of the Philippines, said “we have a chance to redraw the boundaries of possibility for the climate-resilient world that we must create together“.

The event provided insights on how developing countries, particularly Least Developed Countries (LDCs) and Small Island Developing States, can best apply available science and frontier technologies such as satellite Earth Observations to transform the development of their plans.

It also identified essential elements of a NAP, which include: clear objectives and a vision; demonstrable commitment at the highest level of leadership; a solid understanding of historical climate impacts and projected climate risk; key vulnerability and priority activities; stakeholder engagement mechanism; and monitoring and evaluation.

Adaptation remains a priority amidst emerging challenges like COVID-19

As climate change impacts continue to escalate around the world, urgent action is needed, even as the world grapples with the COVID-19 pandemic. However, since the creation of the process to formulate and implement NAPs in 2010, only 20 of the 154 developing countries have so far been able to complete and submit their first NAPs.

Ms. Legarda reflected on the impacts of climate change on vulnerable communities, citing the situation in the Philippines where 51 of the country’s local governments have declared a state of calamity due to droughts and dry spells induced by El Niño and aggravated by climate change. The country has also dealt with 47 reports of coral bleaching this year, with serious consequences considering the country’s reliance on seafood for protein and tourism. In the agriculture sector, estimated damage from climate impacts in the first quarter of 2019 alone amounted to USD 168 million, affecting the lives of more than 247,000 Filipino farmers.

Need for a solid grounding on data and science 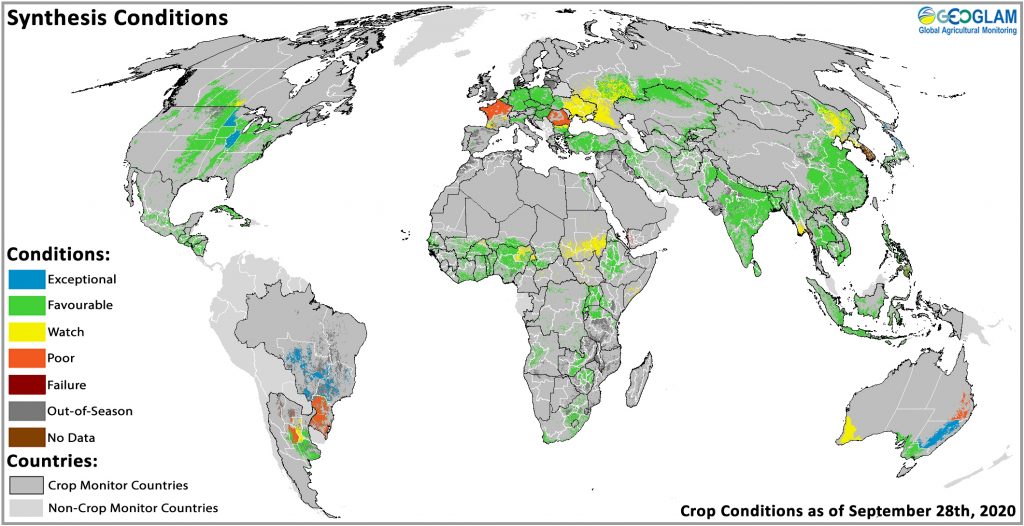 Highlighting the importance of technologies such as Earth Observations in adapting to the impacts of climate change, Dr. Catherine Nakalembe, the lead of the NASA Harvest Africa Program, and winner of the 2020 African Food Prize, spoke about the importance of Earth Observations in strengthening agriculture and food security decisions under the Global Agricultural Monitoring Initiative (GEOGLAM) and NASA Harvest. “Earth Observations form a strong, reliable and strategic basis for informing policies and projects to address climate change risks in key sectors including agriculture, water and forestry,” said Dr. Nakalembe. The real time GEOGLAM crop monitor is currently being used in East Africa and is expanding to West Africa.

Drawing on decades of practical experience in applying Earth Observations to climate risk monitoring in the agriculture sector in vulnerable communities in East Africa, Dr. Nakalembe noted that the use of readily available data and tools has been suppressed by the lack of buy-in to the products, compounded by limited capacity to use and interpret the underlying data.

Moving beyond capacity gaps in the LDCs

As part of efforts to enhance the uptake of emerging frontier technologies like Earth Observations in adaptation planning, the Least Developed Countries Expert Group (LEG) is continuing to work with different partners, through the NAP Technical Working Group. LEG member, Ms. Sonam Khandu, spoke of the Group’s various activities to support countries in formulating and implementing NAPs, including the Open NAP initiative, as well as the challenges and capacity gaps in the LDCs. She stated that the LEG also continues to collaborate with the Green Climate Fund (GCF) and the Global Environment Facility (GEF), other constituted bodies under the UNFCCC, and relevant UN agencies in supporting the LDCs.

Members of the NAP Technical Working Group that were present actively engaged with participants and shared updates on available support to countries for the formulation of NAPs via chat. The GCF shared that it received 89 funding proposals from countries, amounting to USD 209,879,622, 57 of which had been approved and 52 received disbursements. Sixteen proposals were sent to national designated authorities for resubmission, while 10 are under review by the secretariat and 5 were technically cleared.

Five key takeaways became apparent at the end of the event:

The webinar, which was composed of women experts and moderated by Mr. Alex Simalabwi, the Executive Secretary of the Global Water Partnership-South Africa, was attended by close to two hundred participants from the global adaptation community, including National Focal Points, NAP Teams, adaptation experts from UN agencies, academia, civil society and the private sector.

Did you miss the webinar? Watch the video on demand here.