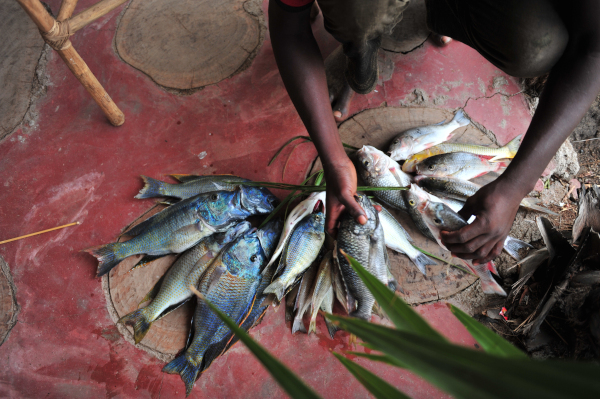 The National adaptation plan (NAP) process is organized along four elements: Laying the groundwork and addressing gaps (A), preparatory elements (B, implementation strategies (C), and reporting, monitoring and review (D). It is conducted by a designated national government institution (for example the National Climate Change Secretariat in the Ministry of Environment and Natural Resources in Kenya or the Technical Group for Adaptation to Climate Change in Brazil) in collaboration with all involved government entities, stakeholders, and technical working groups.

The process can receive funding from the GCF and to a lesser extent the GEF, although the currently submitted NAPs were not prepared with GCF funding (Brazil, for example, used the public budgets of various government agencies as well as especially constituted funds).[1]  The activities related to a NAP of a country will involve laying the ground work for the implementation of a NAP such as launching the NAP process; preparatory elements such as  vulnerability assessments, stocktaking and conducting policy gap analysis conducted, capacity and technical needs assessments; implementing strategies; and monitoring and evaluation. [2] 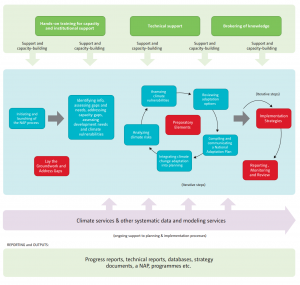 Figure 1: An Example of How the National Adaptation Plan Process Could Progress for a Country[3]

The initial guidelines for the NAP process prepared by the Least Developed Country Expert Group (LEG) was adopted in 2011.  The NAP process for LDC Parties is supported through different modalities such as technical guidelines for the national adaptation plans; workshops and expert meetings; training activities; regional exchanges; syntheses of experiences, best practices and lessons learned; technical papers; and technical advice. The non-LDC developing countries are also invited to use these modalities.

The total number of NAPs that have been submitted is 13, with the most recent submission of NAP being from Togo, in January 2018. The countries that have submitted their NAPs are: Brazil, Burkina Faso, Cameroon, Chile, Colombia, Fiji, Kenya, Saint Lucia, Sri Lanka, State of Palestine, Sudan and Togo. 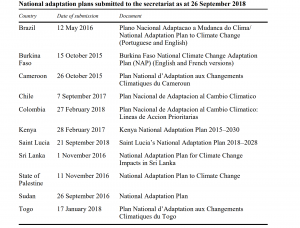 Table 1: NAPs submitted to the UNFCCC as at October 2018

In addition to these 11, other countries have also provided that they have completed the compilation of their NAPs and are undergoing national multi-stakeholder review and/or official endorsement. [4]

The progress made by developing countries to formulate NAPs is provided in table 2 below: 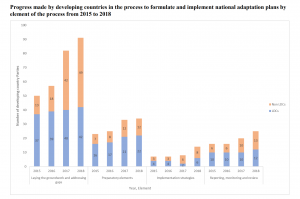 Figure 2: Progress by developing countries in formulating and implementation of NAPs from 2015 – 2018

Among other progress made in the NAP process, 44 countries have reported that they are developing a road map for the process to formulate and implement NAPs with 22 having completed and endorsed their road maps which are used as a means of guiding the process.

Countries such as Palestine has identified the costs for activities proposed through their NAP, for each priority sector. For example, the total amount calculated as needed for implementing NAP related activities for Palestine amounts to USD 3,544,166,000 which is expected to be raised through diverse funding sources. [5]

In the NAP process, action on adaptation should be undertaken in accordance with the Convention; follow a country-driven, gender-sensitive, participatory and fully transparent approach, taking into consideration vulnerable groups, communities and ecosystems; be based on and guided by the best available science and, as appropriate, traditional and indigenous knowledge, and by gender-sensitive approaches, with a view to integrating adaptation into relevant social, economic and environmental policies and actions, where appropriate; not be prescriptive, nor result in the duplication of efforts undertaken in-country, but facilitate country-owned, country-driven action.

Many countries submitted proposals to the GCF Readiness and Preparatory Support Programme and the Least Developed Countries Fund (LDCF) to formulate NAPs. The LDCF has made USD 55 million available for the NAP process of LDC parties, and it is envisaged that all LDCs will have finalized the formulation of their NAPs by 2020, and that 50% of the GCF target of USD 100 million will support achieve this objective. The NAP Readiness Support Programme of the GCF provides USD 3 million as support for the readiness to formulate and implement a NAP.

Further, the Special Climate Change Fund (SCCF) under the GEF has been requested at COP19 (decision 9/CP.18[6]) to enable NAP process funding for non-LDC developing parties.

As at 24 September 2018, 60 countries had submitted proposals to access funding under the GCF Readiness and Preparatory Support Programme for supporting the formulation of NAPs. Among these, 20 had received approvals and 6 endorsement for approval for funding. A total funding of USD 53 million had been allocated for the approved proposals; 28 per cent (USD 15 million) of the funding was for the LDCs.

As at 24 September 2018, the GEF had approved nine project proposals under the LDCF for supporting the process to formulate and implement NAPs.[7]

NAPs contribute to other processes under the Paris Agreement, such as the Nationally Determined Contributions (NDCs) and adaptation communications. NDCs and NAPs could be complimentary and reinforcing  with NDCs enabling countries to share their adaptation goals, objectives, priorities and actions with the international community, and NSPs facilitating the achievement of these initiatives.[8] For example, Sri Lanka’s adaptation NDCs are closely linked to the sector based actions that have been identified in the NAP of Sri Lanka.

[2] Progress in the process to formulate national adaptation plans, UNFCCC (2018)

[4] Progress in the process to formulate national adaptation plans, UNFCCC (2018)

[5] National Adaptation Plan of the State of Palestine

[7] FCCC/SBI/2018/INF.13, Progress in the Process to Formulate and Implement National Adaptation Plans

[9] COP 24 of the UNFCCC, Decision on Further Guidance in Relation to Adaptation Communication, referred to in Article 7, para 10 & 11 of the Paris Agreement