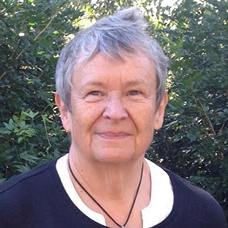 Professor Jean Palutikof is Director of the National Climate Change Adaptation Research Facility at Griffith University. She took up the role in October 2008, having previously managed the production of the Intergovernmental Panel on Climate Change (IPCC) Fourth Assessment Report for Working Group II (Impacts, Adaptation and Vulnerability), while based at the UK Met Office.
Prior to joining the Met Office, she was a Professor in the School of Environmental Sciences, and Director of the Climatic Research Unit, at the University of East Anglia, UK, where she worked from 1979 to 2004, and a Lecturer at the Department of Geography, University of Nairobi, Kenya, from 1974 to 1979.

Her research interests focus on climate change impacts and adaptation, and the communication of knowledge to adaptation decision-makers. A particular interest is extreme events and how to manage these in a changing world. She was a Lead Author for Working Group II of the IPCC Second and Third Assessment Reports, and a Review Editor for the Fifth Assessment. She has authored more than 200 papers, articles and reports on the topic of climate change and climate variability. Her proudest moment to date was attending the ceremony in 2007 at which the IPCC was awarded the Nobel Peace Prize.